While there have been improvements in the health and well-being of Aboriginal and Torres Strait Islander Australians in recent years, some long-standing challenges remain. Many factors contribute to the gap between Aboriginal and non-Aboriginal health. Social disadvantage, such as lower education and employment rates, is a factor, as well as higher smoking rates, poor nutrition, physical inactivity and poor access to health services.

PHAIWA works with many Aboriginal organisations and services to promote health and wellbeing, reduce stigma, upskill Aboriginal practitioners and produce community based outcomes.

Aboriginal Health The Background In 2011 Indigenous Affairs Minister Jenny Macklin received advice about how to encourage people in the ...

Ya Gotta Wash Ya Face To Come To My Place

Aboriginal Health Project Overview One of PHAIWA’s jobs is to travel to remote Aboriginal communities and provide training to Aboriginal ...

Aboriginal Health Project Overview Click on the right image to download a copy of the 10th Edition of the WA ...

PHAIWA has established the health of Australian Aboriginal peoples as a priority. PHAIWA’s advocacy targets for Aboriginal Health are:

PHAIWA coordinate a range of projects in the area of Aboriginal health including:

Aboriginal Health and the Mainstream News Media: A toolkit for journalists

PHAIWA developed a video case study of Tjuntjunjarra in preparation for the Inquiry into food pricing and food security in remote Indigenous communities. You can view this video here: 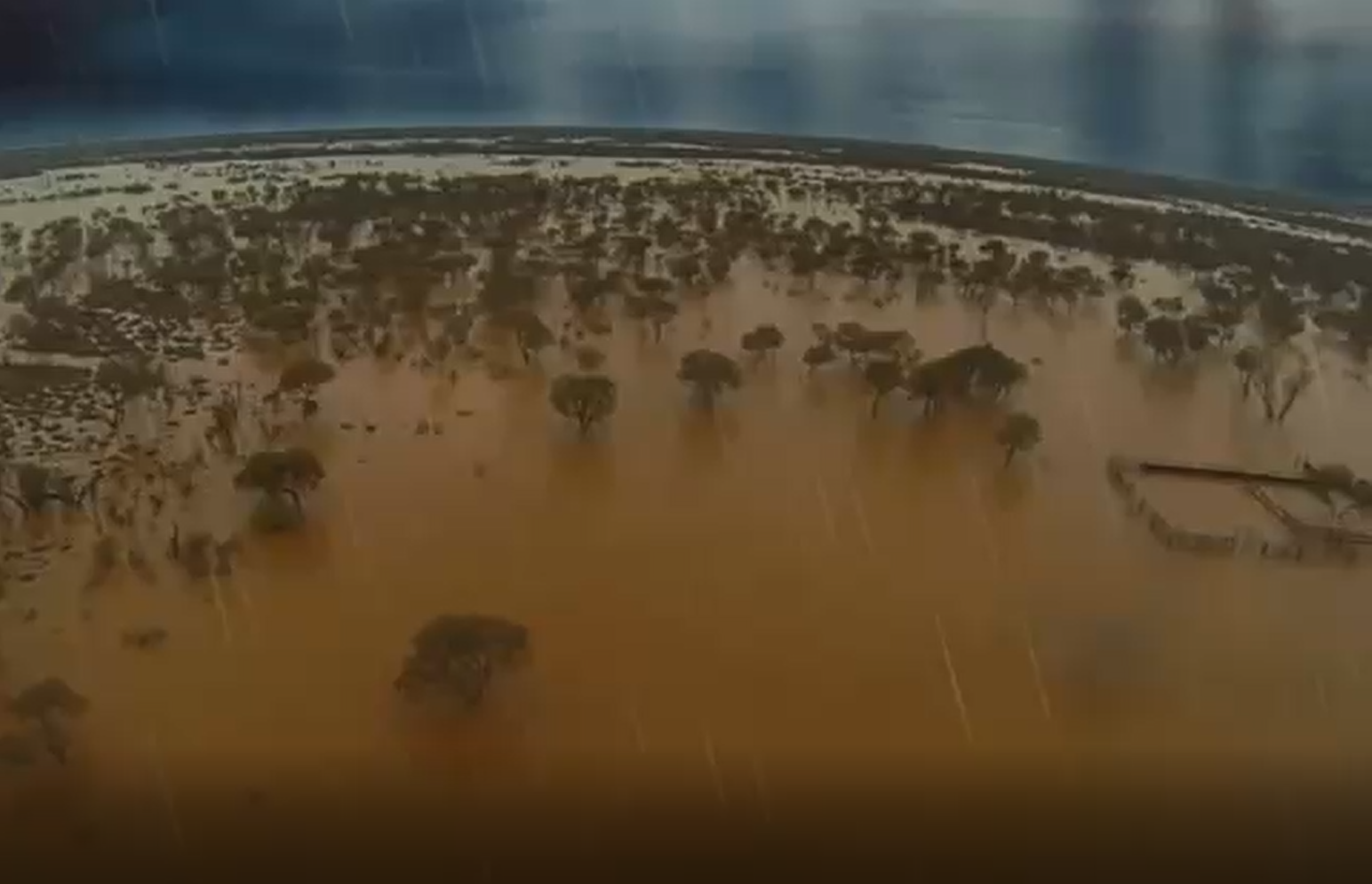 Uluru Statement from the Heart

Developed by delegates at the 2017 Aboriginal and Torres Strait Islander Referendum Convention,the Uluru Statement from the Heart calls for the establishment of a ‘First Nations Voice’ in the Australian Constitution and a ‘Makarrata Commission’ to supervise a process of ‘agreement-making’ and ‘truth-telling’ between governments and Aboriginal and Torres Strait Islander peoples. To read the statement click here.

Assimilation and the Push to Close Communities

Solidarity Online has published an excellent article about the forced closure of Aboriginal communities. You can read it here.

In 2011, in an article appearing in The Age and Sydney Morning Herald, June was named as one of the 50 most influential women in the world for her work in improving the lives of those living in remote Aboriginal communities. Her presentation was titled ‘Encountering Truth: The Real Life Stories of Objects from Empire’s Frontier and Beyond’.

The Report provides analysis on the 8 core environmental health indicators of:

To read press coverage of this report from The West Australian on May 15, please download from this link.

The sun was shining. It was a beautiful Autumn day in Perth. A crew of five left PHAIWA on the train, headed for the SOSBLAKAUSTRALIA march to protest against the Barnett Government’s decision to close up to 150 remote Aboriginal communities. PHAIWA had been instrumental in drafting the Open Letter inviting health organisations to attend the rallies around Australia and the world, supported through Melissa Sweet at Croakey.

You can read the letter here.

When we arrived at Parliament house, Beds are Burning (Midnight Oil) was playing providing a great atmosphere for the speeches. Many passionate addresses were given with highlights for us being Tammy Solmenec from Amnesty Australia and Alannah MacTiernan MP, Member for Perth. A poignant moment was the raising of four Aboriginal flags at Parliament House as seen below.

It was a privilege for the PHAWA staff members to be at the rally, standing up for what we believe is a very important public health issue for both Aboriginal and non-Aboriginal people. For an overview of the tweets from rallies across the world, click here. 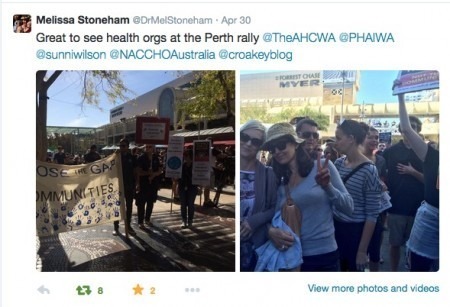 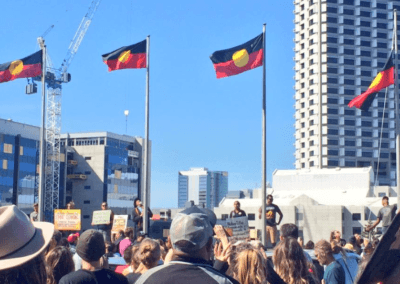 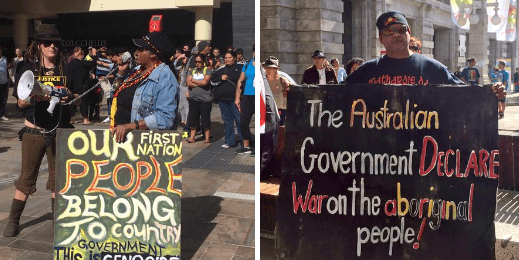 Aboriginal Health and the Mainstream News Media: A Toolkit for Journalists

How to be a good Indigenous ally