Local governments were originally created to ensure the basic public health needs of communities, such as clean water and safe disposal of sewage and rubbish were met.  Local governments play a key role in setting and enforcing public health standards, monitoring and licensing the private provision of services such as food premises. However, today local governments deal with a much broader range of issues. With the introduction of the Public Health Act, a survey of Principal Environmental Health Officers across WA occurs once every three years. To date, the surveys have been administered in 2009, 2012 and 2015.

The data generated from these surveys guides decisions about how best to support local governments in the delivery of public health initiatives and a better understanding of priorities, challenges and needs from a local government perspective.

A fact sheet identifying major differences between the 2009 and 2015 data have been produced (see below). 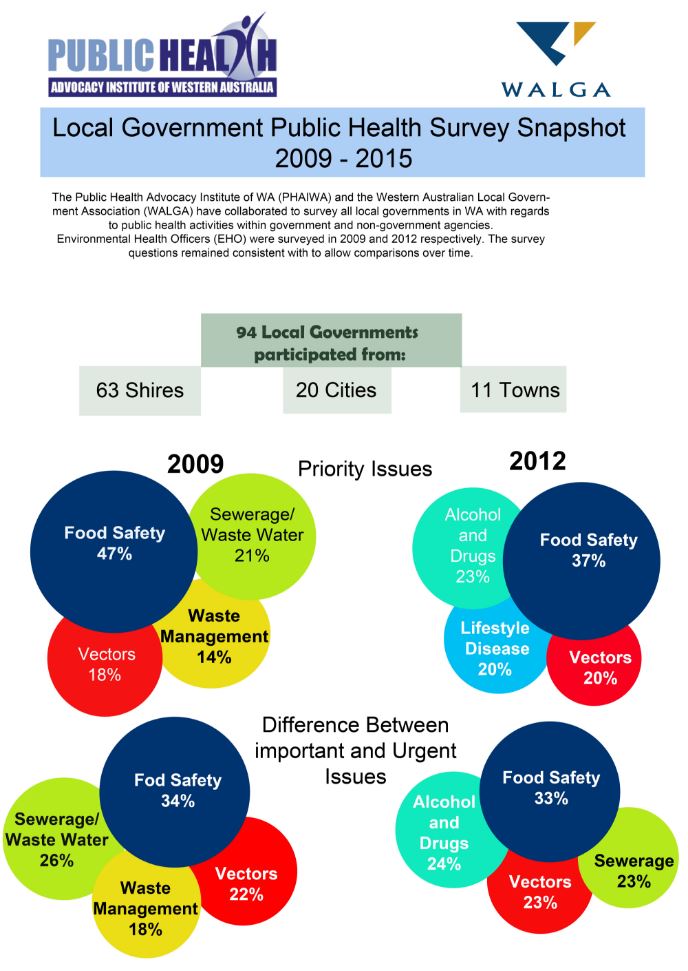 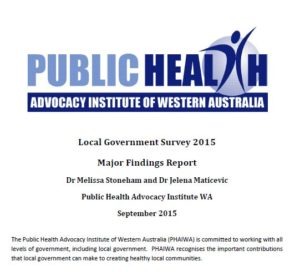 A number of fact sheets were also developed on “Working with Local Governments. How advocacy can assist”. To download  a copy, click on the links below.

For more information about this project, please contact Dr Melissa Stoneham at m.stoneham@curtin.edu.au.