Chronic disease is responsible for 83% of all premature deaths in Australia and 66% of the burden of disease, making it our nation’s greatest health challenge.

Conditions such as heart disease, stroke, heart failure, chronic kidney disease, lung disease and type 2 diabetes, are common in Australia. These conditions are largely considered preventable and are placing great pressure on Australia’s healthcare systems as they struggle to deal with the increasing flow of patients.  Public health services are vital to the overall health status and wellbeing of the nation. Improving them can result in major economic social benefits as well as minimising future preventable demand on health services over time.

But how much of Australia’s budget is spent on trying to prevent these conditions?

It is important to understand the definition of public health used in this report, which is:

These activities can take the form of programs, campaigns, or events. They draw on a large variety of methods such as health education, lifestyle advice, infection control, risk factor monitoring, and tax loadings to discourage unhealthy lifestyle choices and changes to the social environment to support healthier behaviour choices. They apply in a multitude of settings (such as schools, homes, workplaces and media outlets), and relate to a broad spectrum of health issues. Public health activities are carried out by the Australian Government, and state, territory and local government agencies, as well as non-government  agencies—such as cancer councils and the Heart Foundation—and private health professionals.” 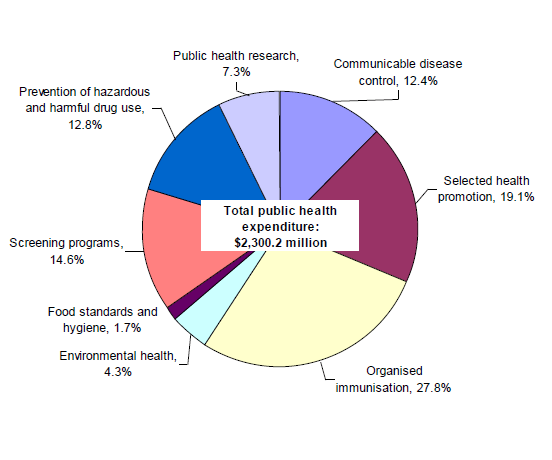 In 2017, Jackson and Shiell released a report: Preventive health: How much does Australia spend and is it enough? that stated Australia spends about $2 billion on prevention each year, or $89 per person. This is equivalent to 1.34% of all health spending and 0.13% of gross domestic product.

The following chart illustrates the changes in spending in public health in Australia compared to similar OECD countries over a decade. Please note that expenditure in NZ was unavailable for 2014. 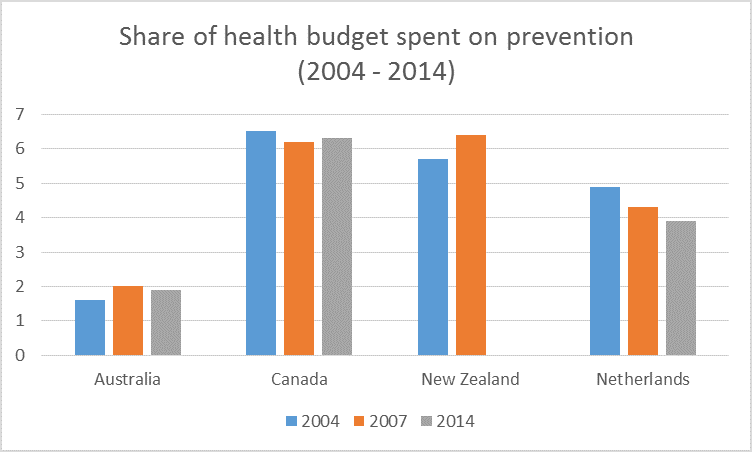 When looking at state by state data, WA falls in the middle category for public health expenditure. 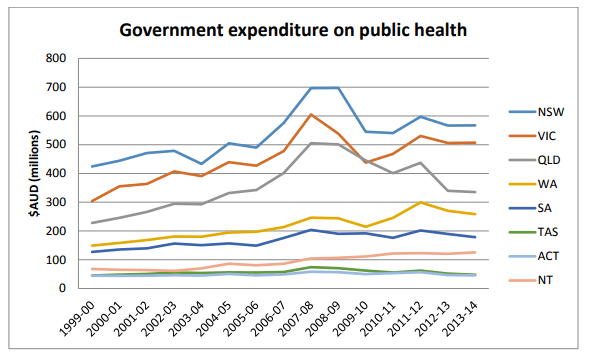 The evidence presented here suggests that a strong case can be made for increasing spending on preventive health and this will remain one of PHAIWA’s priority advocacy targets.

We have identified six priority areas where investments and commitments can be made to ensure the health and well-being of all Australians.

Political Ask One – Public Health at the Local Government Level