PHAIWA has managed the ‘Building health promotion capacity across regional and metropolitan WA’ project since 2011. This project is funded by Healthway. This project provides tools, resources and skill based professional development opportunities to organisations and individuals to improve their ability to achieve effective health promotion and public health advocacy. The project has a range of strategies which engage practitioners, researchers and policy actors across the career spectrum.

PHAIWA established the Advocacy e-Mentoring program in November 2011. The program aims to promote and transfer advocacy skills to public and allied health professionals in WA. PHAIWA is keen to develop and nurture the expertise of individuals and groups working within health promotion, public health and sectors external to health, to ensure that high quality, innovative and effective advocacy leadership continues in WA. We acknowledge that younger or less experienced health professionals may not get the chance to put advocacy skills into practice until opportunities arise in their role. Advocacy can also be quite confronting, for example being in front of a TV camera, or developing a press release, let alone meeting with politicians! Our mentoring program can help you access these advocacy skills and increase your confidence.

The program is open to anyone working in public health, health promotion, health research or allied health. We also welcome applications from emerging leaders outside the health sector, if their work has some interest in health and wellbeing. Your geographic location will not be a barrier as the majority of communication and support will be done electronically or via telephone. PHAIWA strongly encourages expressions of interest from:

– Those working in rural and remote areas.

Applications for the 2020 program are now open. You can access your 2020 e-Mentoring Program Information Pack here.

Are you ready to complete your EOI? Click here.

Please contact roslyn.natalotto@curtin.edu.au or 9266 2489 for further information on the 2020 program.

PHAIWA ran its second Advocacy Short Course 12-18 March 2018. The five day intensive course was attended by 18 eager advocates, with an additional 21 attending on the Thursday which was titled ‘We don’t want alcohol in sport but…’

The 18 course participants learnt about public health advocacy theory from the PHAIWA team and heard fantastic case studies from keynote presenters Michael Moore, Michael Thorn, Professor Mike Daube, Jane Martin and Jim Dodds plus had a full day of media training with Liz Chester. On the final day Mayor Howlett and Josh Wilson joined Michael Moore for a political panel which they all gave some good tips about working with all levels of government. Attendees learnt how plan for advocacy using a framework with guidance from all the presenters. Be prepared … we definitely have 18 new advocates on the loose!

The Thursday was a fantastic day focused on sports sponsorship. Christina Matthews, Matthew Pavlich and Gary Walton joined our fantastic line up of speakers for a Q&A panel. Throughout the day participants workshopped strategies for removing unhealthy sponsorship in sport. To finish the day all attendees took part in a round robin networking event with Minister Cook, Gino Marinucci, Mayor Pettitt plus the keynote presenters. This was a unique opportunity to ask questions of those working in politics and engage further in discussion with the keynote presenters. 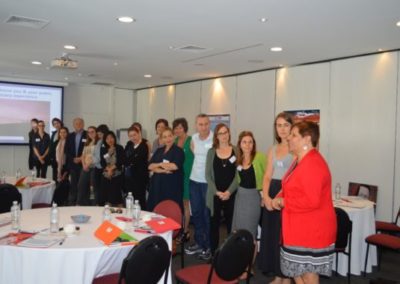 The 5-day Short Course participants getting to know each other! 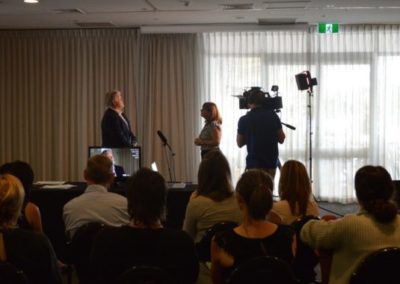 Kevin participating in a mock television interview with Liz Chester 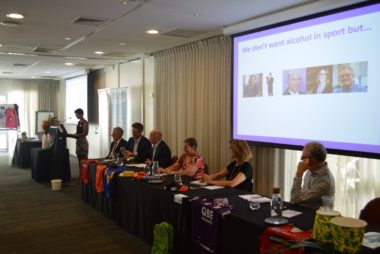 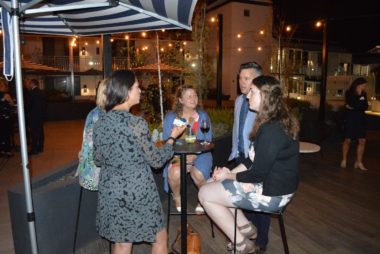 Read about the inaugural 2014 Short Course below:

It was an ‘advocacy’ action packed five days for PHAIWA and our 30 fabulous participants, with some even travelling from Kalgoorlie, Albany, Melbourne, Wollongong, Townsville and Darwin! Throughout the week, participants gained a grounding in a broad range of advocacy strategies through a combination of practical activities and case studies presented by an outstanding calibre of guest speakers including: 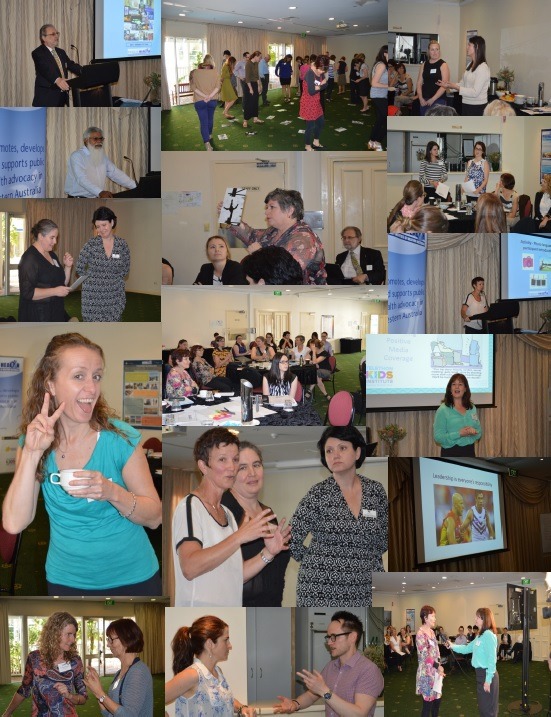 A highlight of the course was the opportunity for participants to network with invited politicians (past and present) at a dinner function on the Thursday night. Feedback from participants has reflected on their appreciation to PHAIWA for providing such a unique experience, with all participants commenting they have gained a greater understanding of advocacy due to the varied and diverse course content, and are now aware of how they can put ‘advocacy in action’ once they return to their organisations.

Advocacy 101 is a one day course is designed to give attendees an overview of public health advocacy, learn about advocacy strategies, and participate in some practical activities. This course is ideal for those starting to use advocacy and/or have limited knowledge of advocacy. Relevant case studies and examples are sourced depending on the target audience.

PHAIWA coordinates a number of these workshops throughout the year, however if you would like a workshop for your organisation or stakeholders please contactd dorte.hansen@curtin.edu.au or (08) 9266 1775.

PHAIWA established the Advocacy e-Mentoring program in November 2011. The program aims to promote and transfer advocacy skills to public and allied health professionals in WA. PHAIWA is keen to develop and nurture the expertise of individuals and groups working within health promotion, public health and sectors external to health, to ensure that high quality, innovative and effective advocacy leadership continues in WA. We acknowledge that younger or less experienced health professionals may not get the chance to put advocacy skills into practice until opportunities arise in their role. Advocacy can also be quite confronting, for example being in front of a TV camera, or developing a press release, let alone meeting with politicians! Our mentoring program can help you access these advocacy skills and increase your confidence.

The 2017-18 program commenced in August and will run for 12 months. Click here to see who is involved in 2017-18. Interested in the program? You can find our more information about getting involved here.

The Opinion Pieces Series features emerging public health practitioners who are ideally placed to contribute to the debate around the future of public health, policy and advocacy. These Opinion Piece Seminars provide a greater diversity of perspectives and ideas, from people who often do not have the opportunity to be heard. 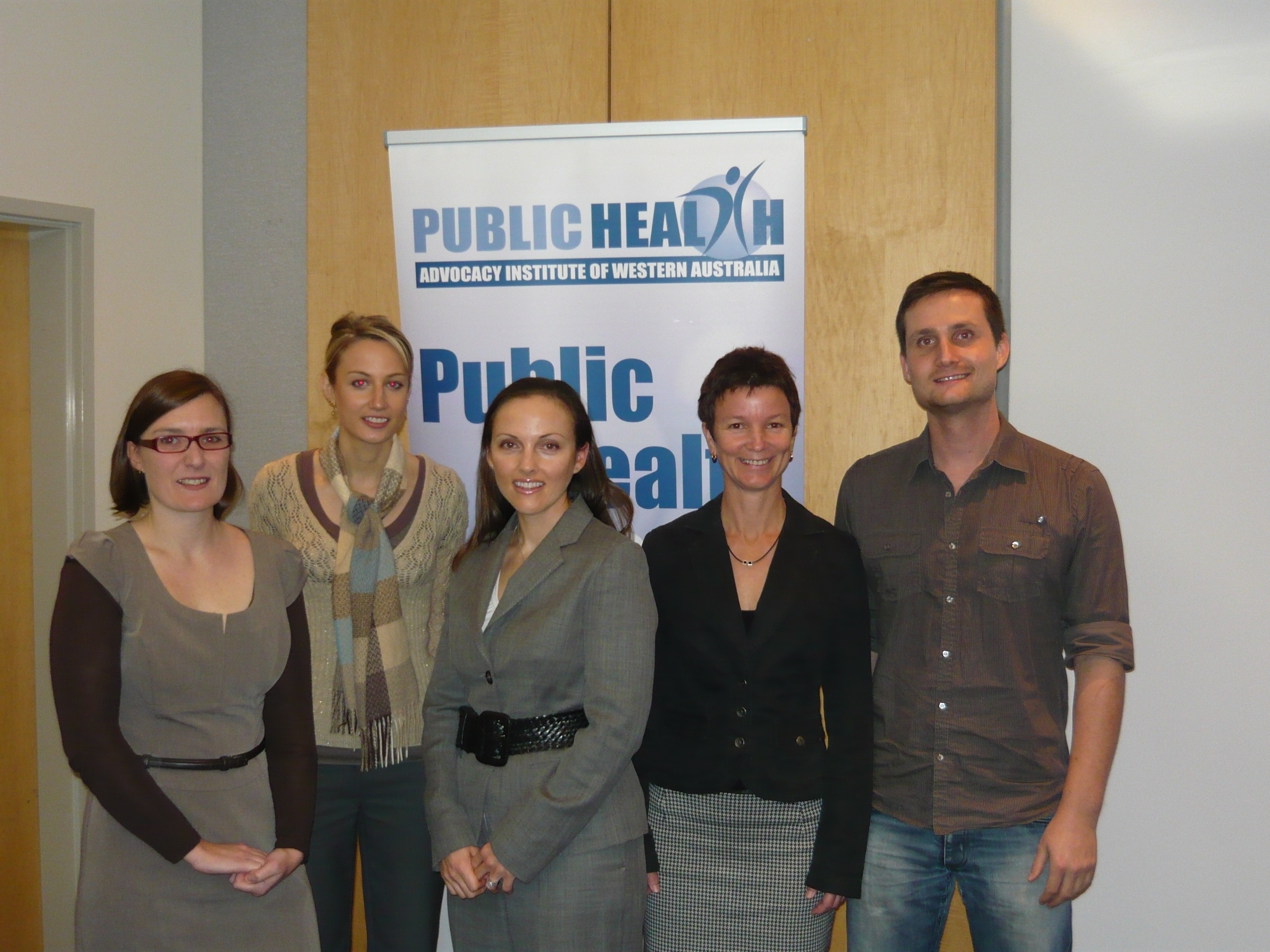 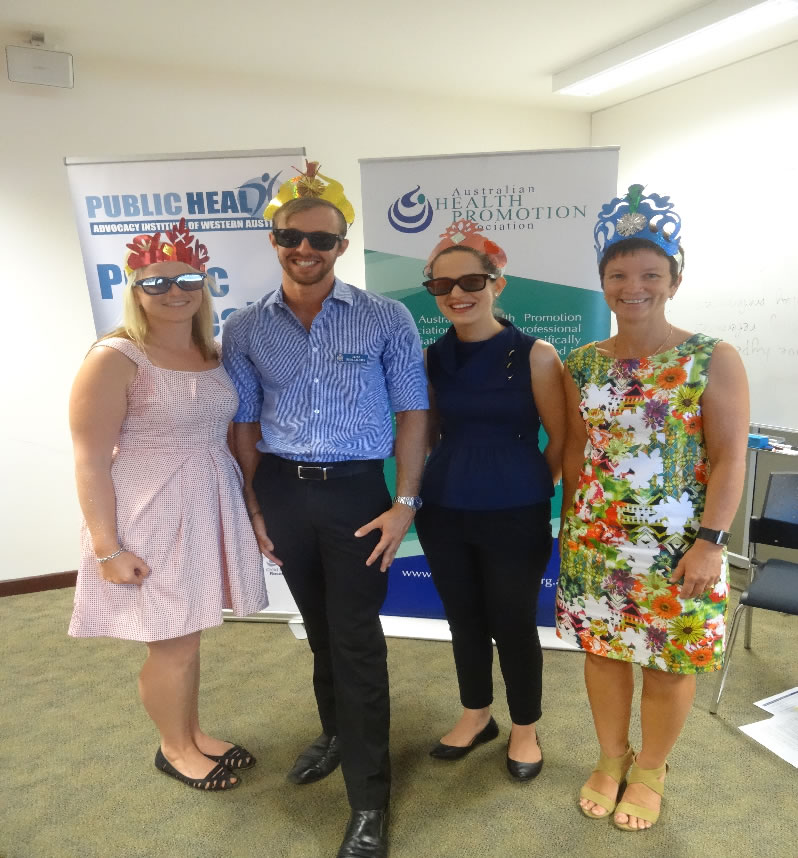 Below are the topics of each Opinion Piece held to date:

PHAIWA believes there are many inspiring and dedicated people whose efforts are often overlooked or left unnoticed. These seminars highlight the professional backgrounds and journeys of individuals who have helped to advance public health objectives, and how advocacy has assisted their careers.

So why the Yellow Brick Road?

As you know the YBR is a central theme in The Wizard of Oz – which was written in 1900 and first screened in 1939. According to film historians, the Yellow Brick Road is very bright, very broad, but not straight. It curves and wanders over hills and mountains.  It’s polished and smooth except in a few places where bricks have broken or are missing, and in other cases the Yellow Brick Road weaves through dark and abandoned forests in Oz leaving potholes, dead ends and cliff edges.

There are many theories about what the movie actually symbolises. However, after much surfing, we discovered that most writers, critics and bloggers think that the movie’s key message is about discovering how to have faith in yourself and your ability to handle life’s complexities.  As the movie shows, from time to time as you follow the Yellow Brick Road, you just may get lost in the woods and it is the capabilities offered by the three central characters – the Scarecrow (wisdom), the Tin Man (sentiment) and the Cowardly Lion (bravery) – that will allow you to change direction through the knowledge gained in the process.

This seminar series illustrates how individuals have combined these capabilities to successfully navigate a road which may be filled with difficulties and obstacles or could have been straight and wide.

Previous presenters have been:

The executive conversations series commenced in mid-2011. These roundtable discussions provide an opportunity for invited representatives from various organisations to meet with a leader in public health advocacy, often from interstate and overseas. Previous conversations have featured:

If you are interested in holding any of the above professional development activities please contact Dorte Hansen; dorte.hansen@curtin.edu.au or (08) 9266 1775. We are available to deliver training across WA, Australia and Internationally. 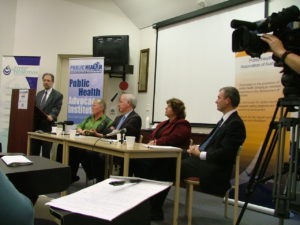 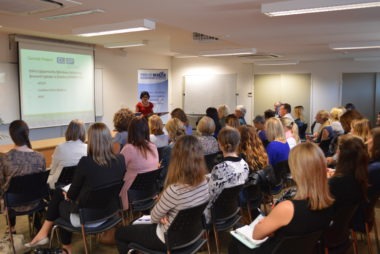 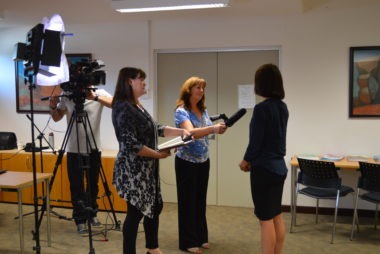