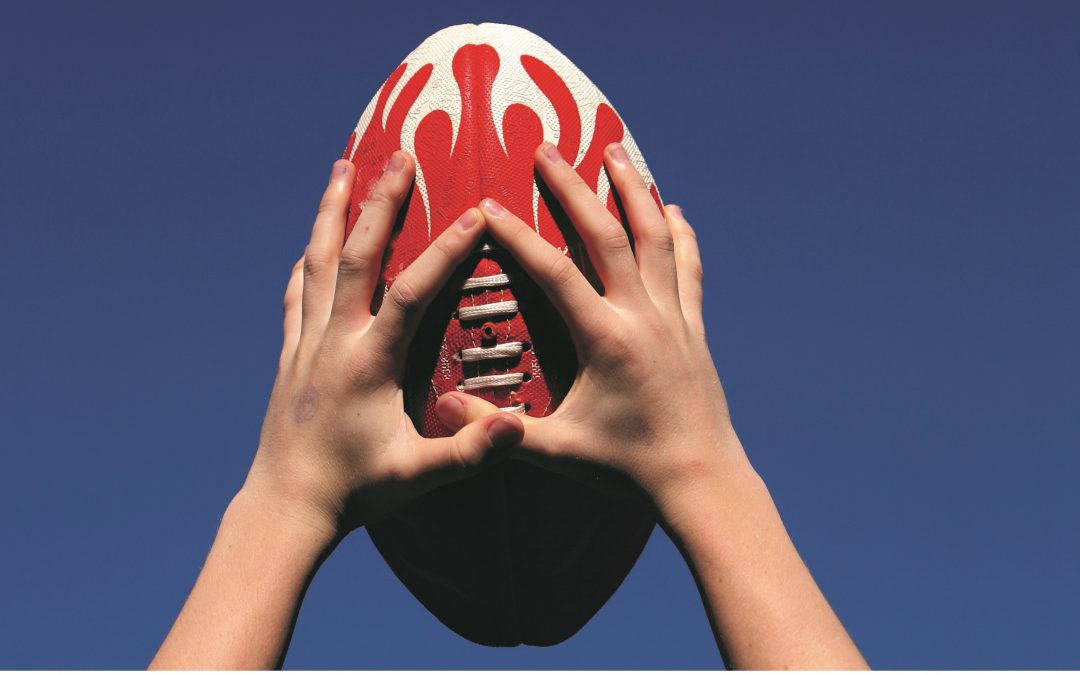 The Adelaide Crows are at the bottom of the unhealthy Sponsorship Ladder. In 2017 they had 5 Red sponsors, 2018 they had 7, and in 2019 they have 8, with the number of clubs with an unhealthy sponsor on their uniform has increased from 5 in 2018, to 6 in 2019. Melbourne now featuring the Johnnie Walker logo on their shorts.

Unhealthy sponsorship in the form of junk foods, sugary drinks, alcohol and gambling are saturating our favourite winter sport. We categorised sponsors according to the healthiness or unhealthiest, allocated points and those clubs with the highest number of unhealthy sponsors were ranked at the bottom of the sponsorship ladder. 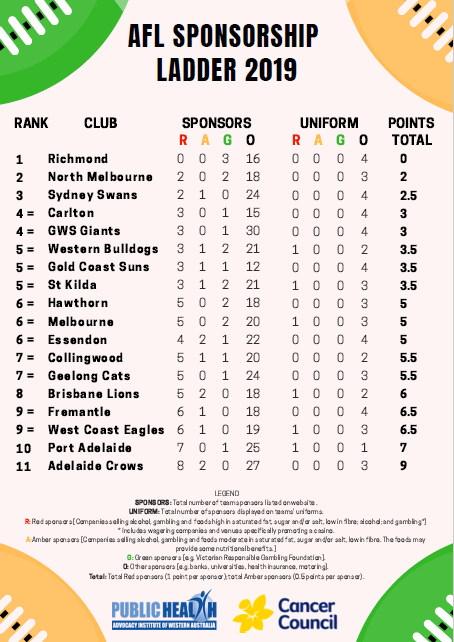